AL AMANA CENTRE FOSTERS PEACE AND RECONCILIATION BY PROVIDING A SAFE SPACE FOR CHRISTIANS, MUSLIMS, AND OTHER FAITH COMMUNITIES.

The work of Al Amana Centre is based on 125 years of collaboration between Christians and Muslims in the Sultanate of Oman. The Reformed Church in America began collaborating with the people in Oman already in the year 1892. In schools and hospitals, they worked together with Omanis to educate and treat people.

After the closing of the Al Amana School in 1987, the Reformed Church in America established an academic inter-faith center in Muscat as a response to growing polemic attitudes in the US and Europe toward Islam in general and the Arab world in particular. The purpose was to educate a broad cross-section of Christians in the US and Europe about Islam and Arab culture with the hope of fostering deeper mutual understanding and peace between West and East. Al Amana Centre was established with the approval and blessing of His Majesty Sultan Qaboos, and our work could not be done without our partnership here in the Sultanate of Oman. 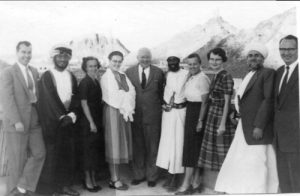 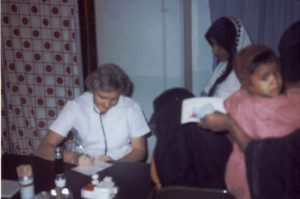 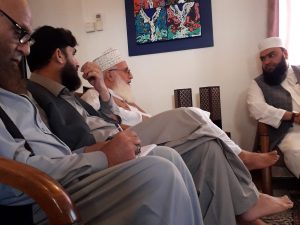 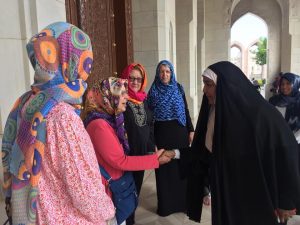 The world is in need of dialogue. In order to provide peaceful coexistence, prevent conflicts as well as resolve them, we need to understand each other. This means we are open for dialogue.

Al Amana Centre has been living this reality for many years. We understand and value the importance of dialogue. This is also the reason we want to enhance possibilities for different groups to come together for a joint process of dialogue.

Al Amana Centre truly believes dialogue is a tool to create change in a peaceful manner. Dialogue is one of the most important tools to build connections between parties and groups. One of the priorities for Al Amana Centre is to lift up the role of religion in dialogue. We are supporting especially groups which want to discuss the role of religion in their situation. How reconciliation is being understood in different religions? Or how different religions understand forgiveness or some other essential points in people’s lives?

Al Amana Centre has always understood the role of religion in building peace, and we are seeking opportunities to support religious groups which want to engage in dialogue within themselves or with other groups and communities.

In addition to hosting visitors to Oman, our staff members are involved in a variety of peace-building organizations and efforts. Al Amana Centre serves as the Secretary for the Gulf Churches Fellowship (GCF), an ecumenical council of church leaders from the Gulf region. Our team travels and speaks around the world in an effort to support and collaborate with our many partners.